Presenting artists from the global, regional, and local worlds of creative sound-making. 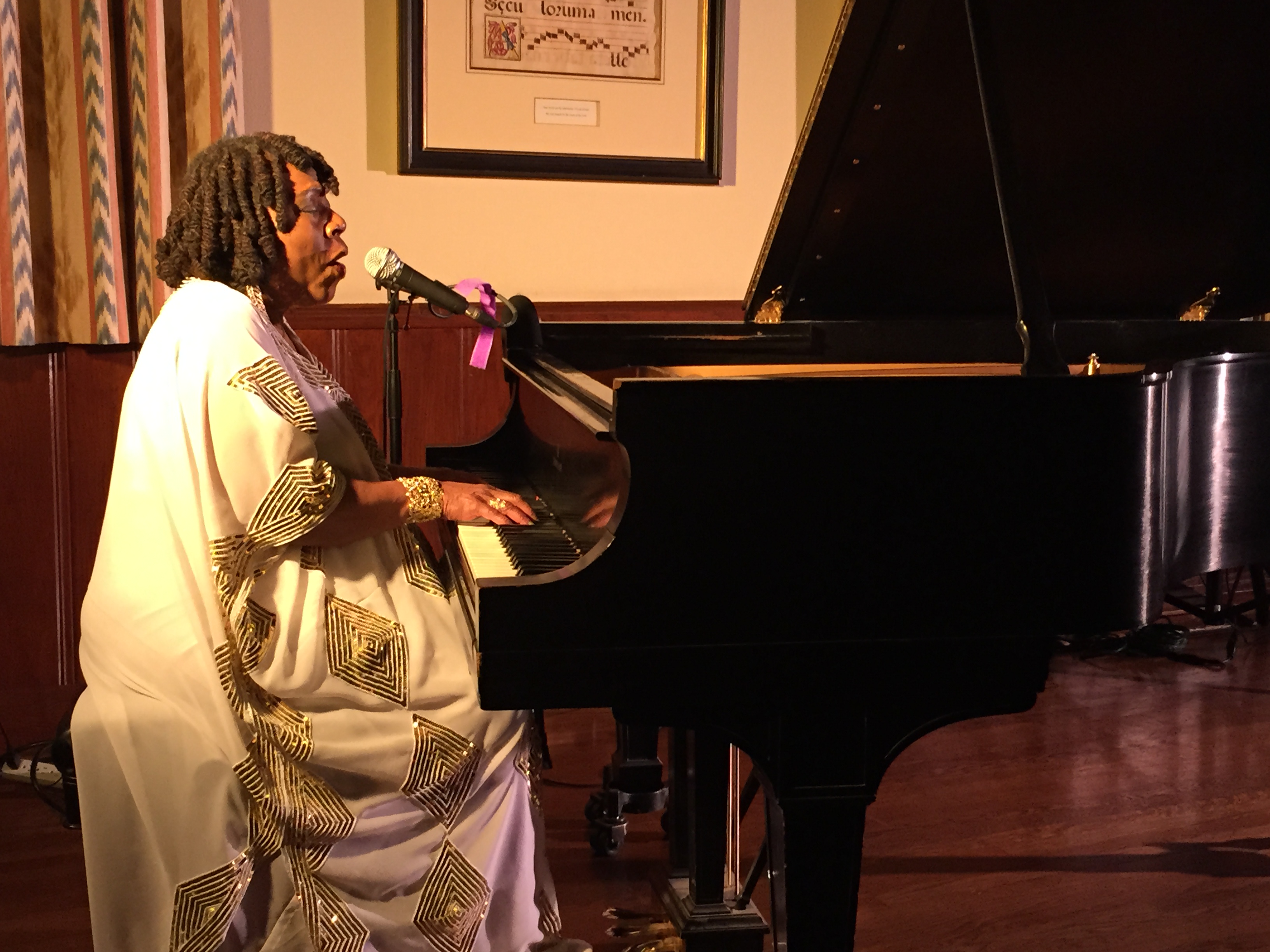 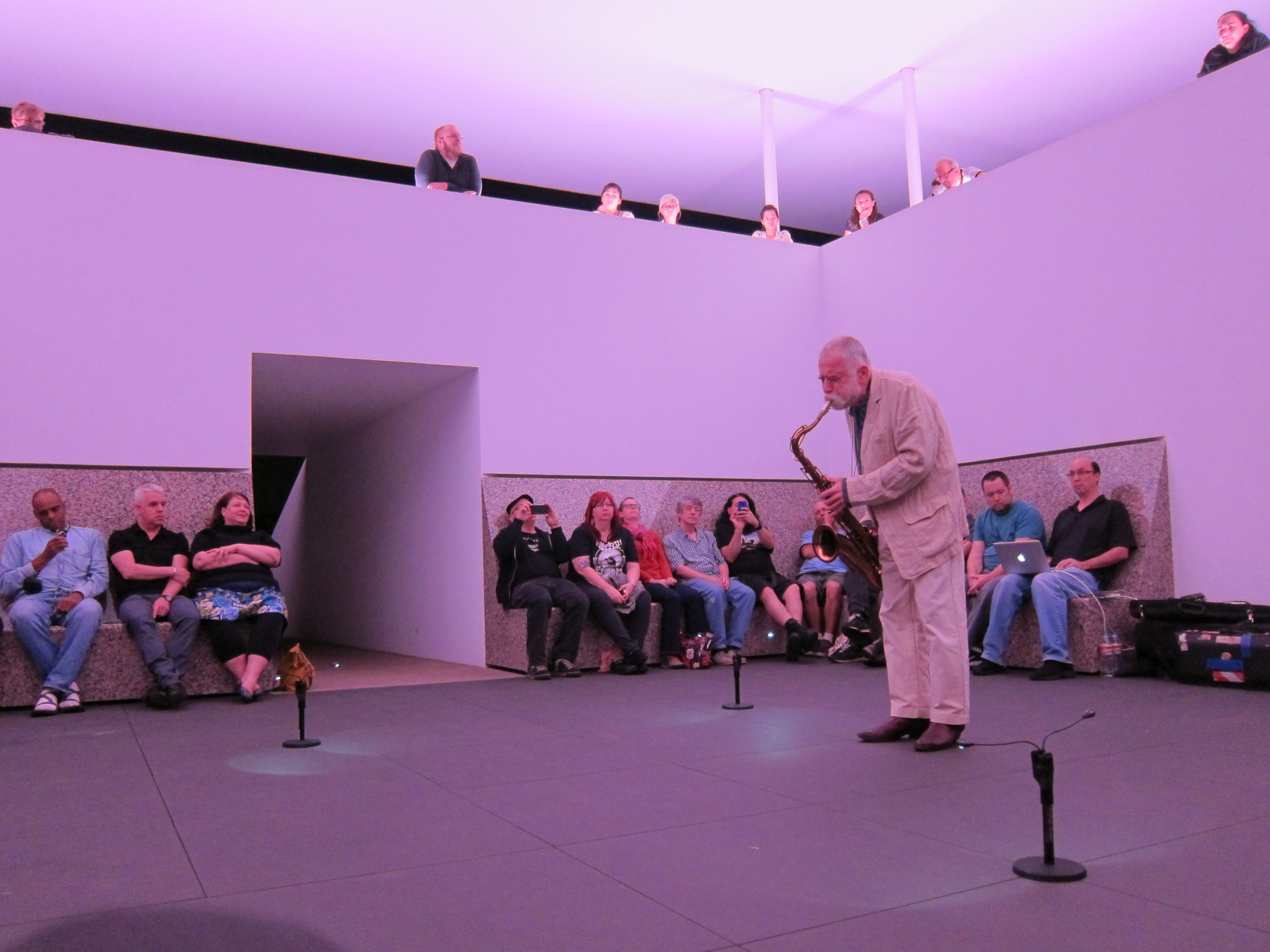 ‍Nameless Sound’s Creative Music Concert Series features a diverse range of the most vital international names in experimental music, improvisation, sound art and jazz. The series presents the living legends, the emerging innovators, and the unsung heroes. Concerts happen in a range of locations, including traditional performance spaces as well as site-specific settings that suggest dialog with art installation and architecture, and the occasional unconventional public intervention. 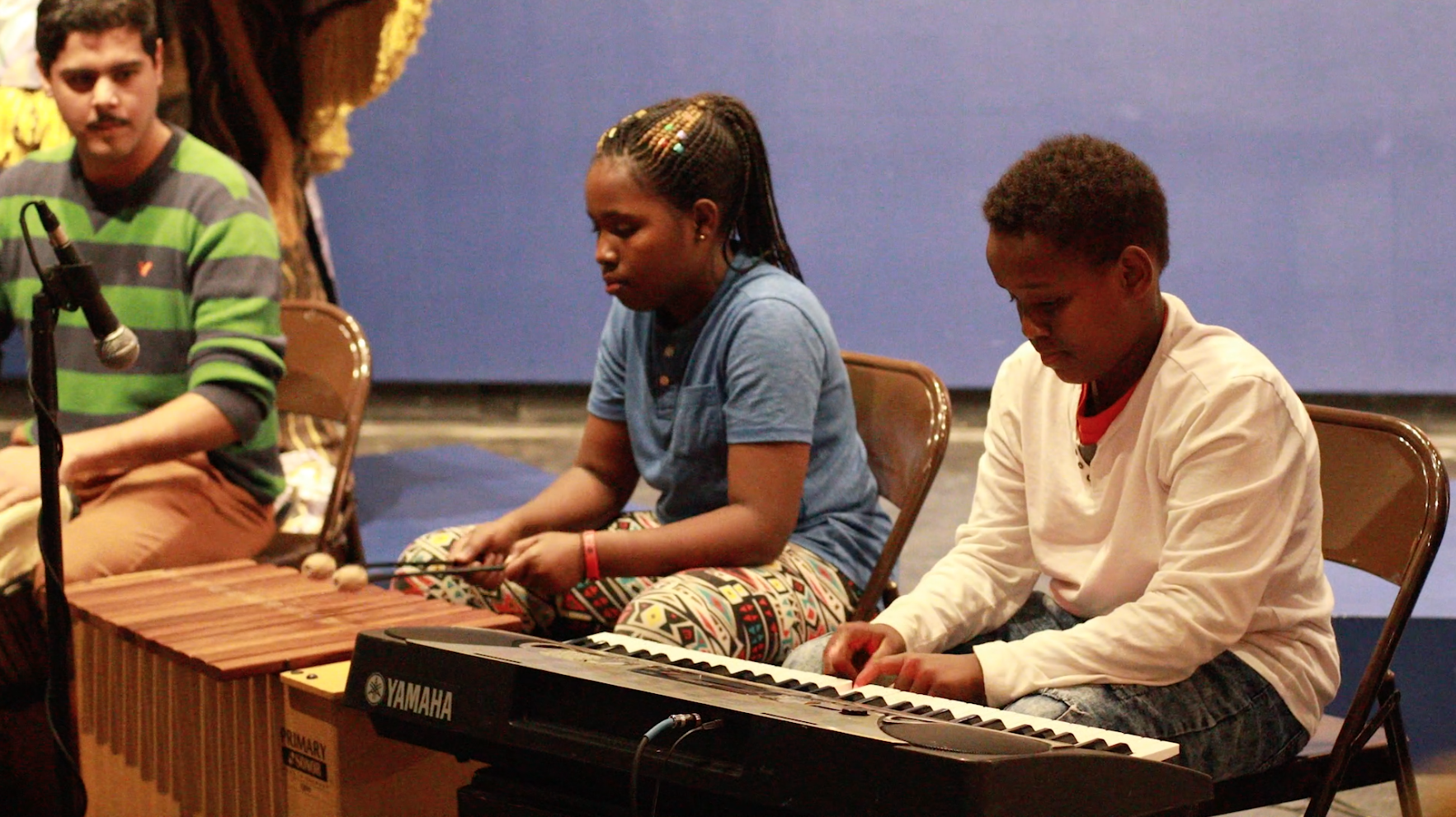 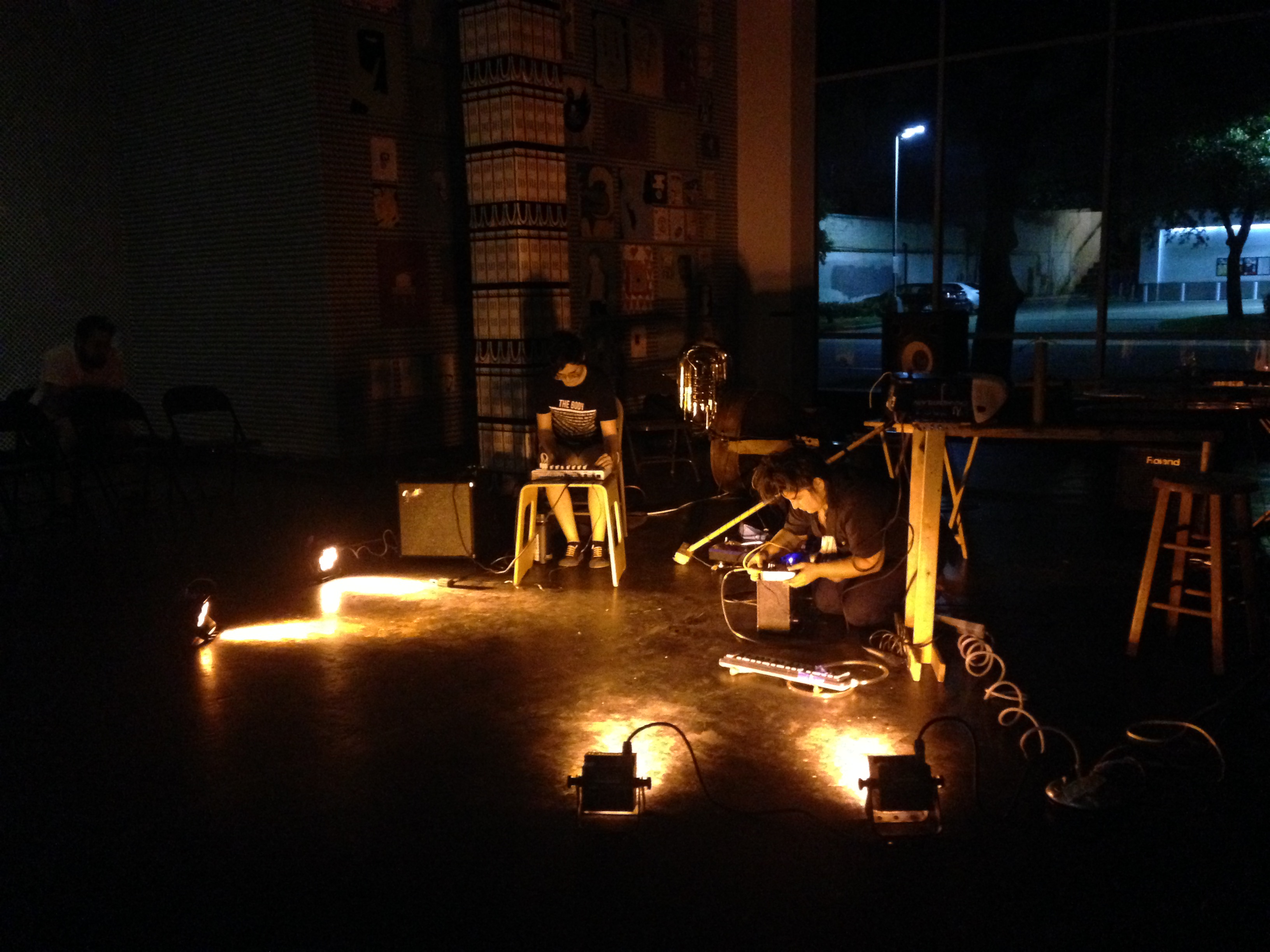 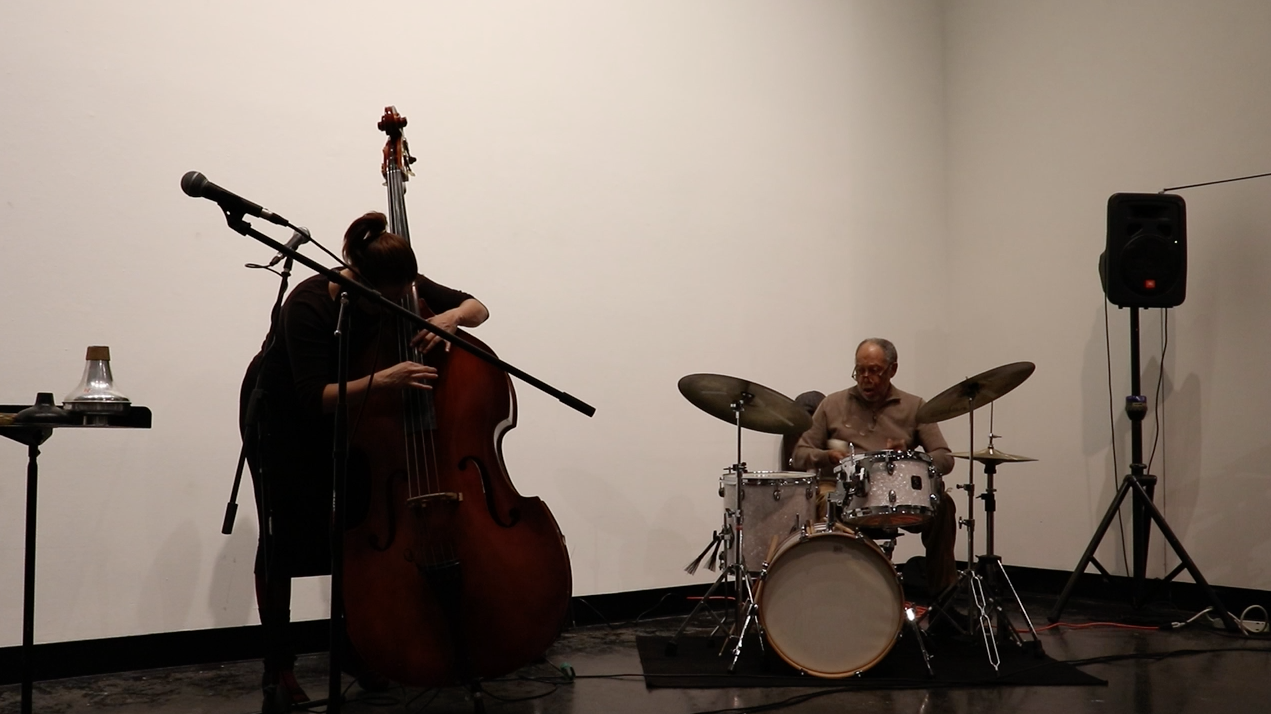 Nameless Sound and Lawndale Art Center join forces to present a weekly series of experimental sound-making, improvised music, noises, the sounding of art, the performance of art, and more. Two different sets every Monday night showcase the rich and vibrant diversity of international and regional creative offerings, with an emphasis on Houston’s vibrant local scene.

‍
‍When the series began in 2001, it filled an important gap in Houston’s cultural scene by bringing world-class artists from musical movements that weren’t otherwise being represented in the city’s arts programming.   Since 2001, Nameless Sound’s concert series has been a consistent part of Houston’s cultural landscape. Consisting of about 7-10 annual events, the series seeks to represent various experimental genres and practices, with a special emphasis on improvisation.  We look to balance programming between national and international artists, as well as a keeping balance between veteran musicians and newer voices. The increasing inclusion of local musicians, often collaborating with or participating in the ensemble of visiting guests, provides local audiences and visiting artists exposure to Houston’s own vital contributions to creative music.

Our one ongoing project outside of Houston brings audiences to The Hill of James Magee, a monumental and visionary work of art on private land in the West Texas Chihuahuan Desert. The Creative Music Concert Series has occasionally included public interventions, bringing ears to seemingly unlikely and out of the way listening spaces. The work of our concert series overlaps with our workshop program, Creative Music Communities. Many of the artists who appear on stage also give workshops for youth in our ongoing workshops and Houston public schools. Sometimes artists are in Houston for a whole week of workshop activities, or even longer. Not only because we don’t have a performance space of our own but because we believe in building audiences as broadly as possible, strategic partnerships have been vital. Important partners have included: MECA (Multicultural Education and Counseling Through the Arts), The Menil Collection, The Rothko Chapel, The Moody Center for the Arts, The Shepherd School of Music, Goethe Pop-Up Houston, DiverseWorks, The Museum of Fine Arts, Houston, The Buffalo Bayou Partnership, Project Row Houses, Office of the Norwegian Consulate General Houston, Cornudas Mountain Foundation (El Paso), Epistrophy Arts (Austin), New Quorum (New Orleans), CEPROMUSIC (Mexico City), UNAM (Mexico City), and No Idea Festival (Austin).

‍‍‍
In 2008, trombone player David Dove organized a short series of concerts as a personal DIY project, independent from his work as Founding Director of Nameless Sound. Held at a midtown Houston bar, Dove had minimal expectations for They, Who Sound. It was casually organized as an opportunity for friends, colleagues, and various Houston experimental musicians to perform with each other and for each other (and for whomever else happened to show up on a Sunday evening).
‍
On the afternoon of the third concert, Dove and friends arrived to locked doors. The bar had cancelled They, Who Sound without notice.
Shortly after this auspicious beginning, the series was moved to Avant-Garden, a Montrose mainstay for diverse crowds and eclectic programming. Under the generous hospitality of owner Mariana Lemesoff (and key bar staff), the weekly series that was meant to last only a few months carried on for 9 years.
‍
In those 9 years They, Who Sound not only became the sounding ground for a growing circle of local and regional experimental musicians. It also developed a reputation outside of Houston, as many well-known international artists would play the series for their Houston tour stop, often collaborating with local artists. Sometimes They, Who Sound featured seasoned veterans, immediately following a young artist performing their first ever gig. Conversations after concerts were often as important as the performances themselves, and They, Who Sound became a place where new projects and collaborations were born. Though free improvisation might have been the most typical form of experimental music-making featured, there was plenty of space for jazz, noise, spoken-word, performance art, dance, film and sound art. It wouldn’t be fair to say that Houston didn’t have an active and creative scene of experimental musicians before They, Who Sound. But the current scene in Houston does feel quite different than it did in 2008.
‍
In 2018, Nameless Sound officially took on They, Who Sound as a weekly series of concerts in partnership with Lawndale Art Center. For Nameless Sound, it is an opportunity to provide a stage and shed light on Houston’s diverse, vibrant, and totally unique experimental music scene. We intend for it to continue as a meeting place for Houston listeners and experimental musicians, and as a lab for new developments. And you will continue to hear well-known national and international artists sharing the stage with vital regional and local talent. For Lawndale, it represents something of a return to roots. In the 1980’s, Lawndale’s original location was the site for some of the most memorable experimental music and underground rock events in Houston. Anthony Braxton, Pauline Oliveros, Cecil Taylor and the Art Ensemble of Chicago all performed there, as did Black Flag, The Minutemen and the Replacements.

So join us at Lawndale, where every Monday you’ll hear two distinct performances of experimental sound-making, improvised music, noises, the sounding of art, the performance of art and . . . 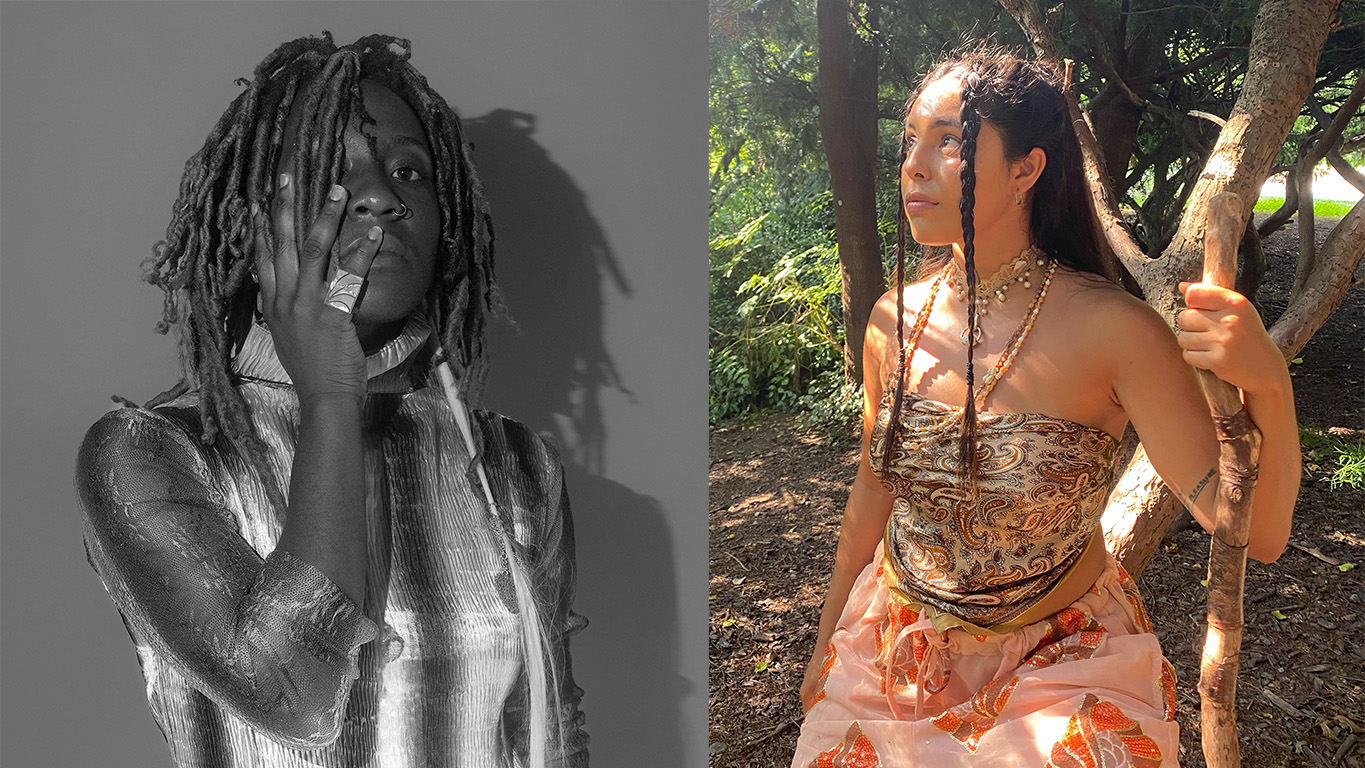 Want to volunteer at a Nameless Sound event? Sign up, and we'll email you with volunteer opportunities as they come up.