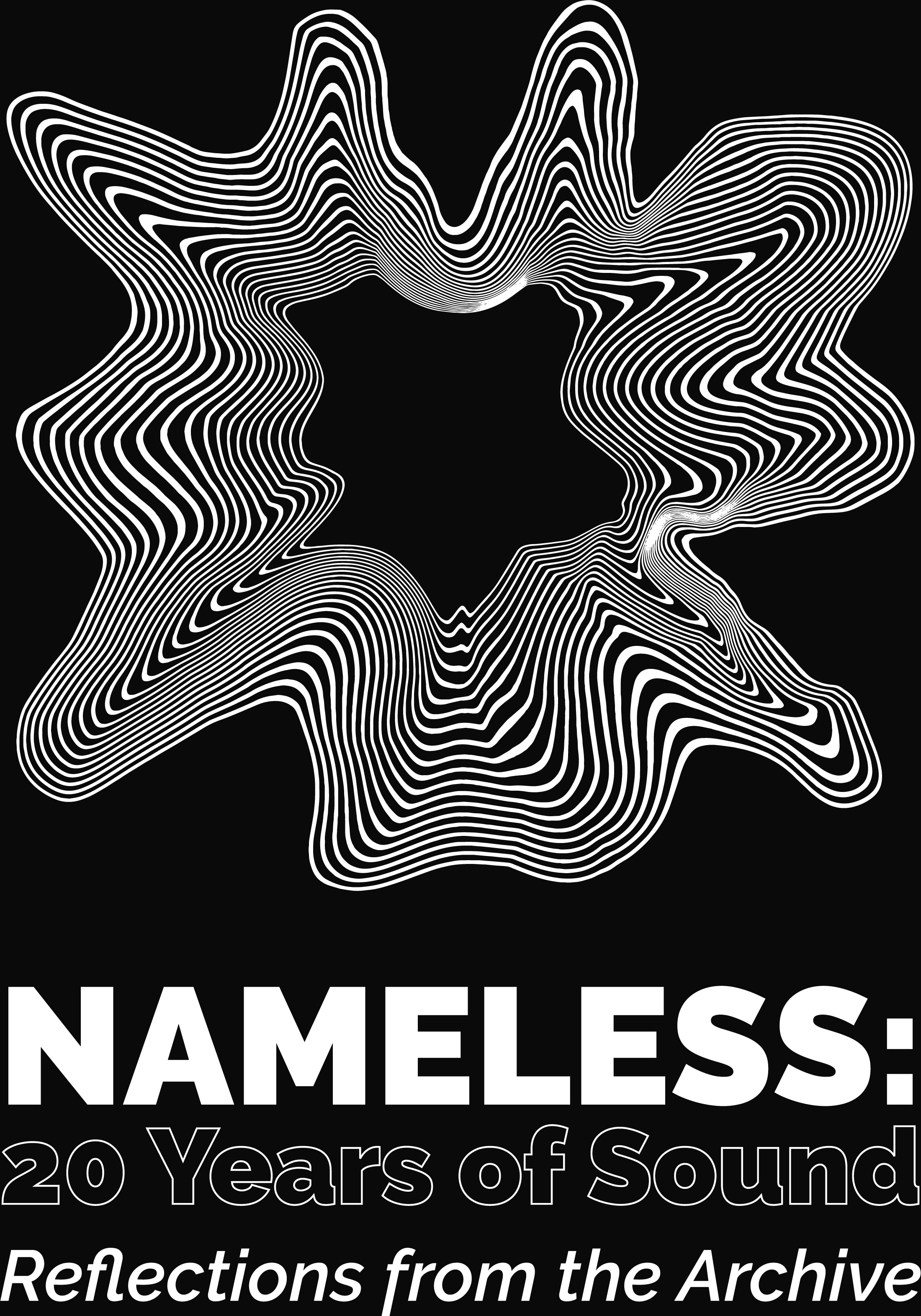 Explore the history of Nameless Sound through featured essays, never before released audio, performance videos, and other notable collections from the historic vault. Starting in January 2021, monthly editions will focus on artists who have left a sonic and social imprint on the networks of Nameless Sound audiences, musicians, and youth. With materials and accounts dating from our time as a branch of The Pauline Oliveros Foundation to recent years, our website will feature a new edition during the last week of each month.

We are live with Edition 3: Alvin Fielder. Highlighting this edition is a never-before-released video of the great drummer and AACM co-founder in a special duo reunion with AACM colleague Roscoe Mitchell at The Contemporary Arts Museum Houston. Fielder, who performed on Mitchell’s seminal recording Sound in 1966, hadn’t worked with the saxophonist/composer for 40 years at the time of this event. Also included are videos of two Houston concerts with long-time collaborators Kidd Jordan and William Parker. Audio and video interviews with the master-percussionist and jazz historian touch on Fielder’s roots in the Houston music scene of the 1950’s (while attending pharmacy school at Texas Southern University) as well as his first-hand knowledge of drum pedagogy and regional styles (and some Sun Ra anecdotes thrown in for good measure). Pete Gershon contributes an overview of Fielder’s history. Writing contributions from collaborators and mentees speak strongly to Fielder’s impact on the Houston music scene in the new century. The final video of the edition is a document of the maestro in his last performance on the planet, which took place as part of Nameless Sound’s They, Who Sound series. Alvin Fielder was not only a great Nameless Sound musician, he was a true friend of the organization. And his presence in Houston during the last 18 years of his life made an invaluable impact on our city’s creative music community.

In case you haven’t had the chance to fully explore, Edition 1: Joe McPhee and Edition 2: Maggie Nicols remain online.

Dive in and learn about our encounters with Maggie Nicols, activist, community-builder, and pioneer vocalist of the European free-improvisation movement. Intensive Houston residencies in 2009 and 2016 saw Maggie and Nameless Sound workshopping in a range of schools and facilities for people with learning differences, autism, and cerebral palsy. Never-released videos include Maggie’s performances with Fred Frith, Susan Alcorn, Ivette Roman-Roberto, William Gray and an ensemble of Houston players at The Menil Collection’s Richmond Hall. A rare glimpse into a Nameless Sound workshop is provided via Maggie’s session with the kids of the Kijana Youth Program. Writing contributions from Maggie Nicols and a range of Houston witnesses provide accounts of these phenomenal meetings, and insights into the empathy, passion and practice that run threads through Maggie’s musical meetings and her radical pedagogy.

Plus -There’s a short video of Maggie singing the blues at legendary Houston Juke Joint The Silver Slipper!

Continue your exploration with Edition 1: Joe McPhee. The saxophonist and trumpet player is one of the most beloved voices in creative music. Known for his expressive and ecstatic sound that extends directly from the human voice, McPhee is also known for a generous and open mind that is not afraid to experiment outside of idiom or convention. McPhee has inspired Houston listeners since his first performance in the city with Arthur Doyle in 1998 (the first ever concert presented by Nameless Sound Founding Director David Dove). In 2005, he was the inaugural recipient of Nameless Sound’s Resounding Vision Award. In 2010, he and John Butcher were the first musicians Nameless Sound presented at The Hill of James Magee, the enigmatic art installation constructed in a remote area of the West Texas desert. In 2017, he performed on the memorial and birthday concert for composer and Nameless Sound mentor Pauline Oliveros. In between all of that, he blew through town for a range performances and projects, including engagements with the youth in Nameless Sound’s community programs. We invite you to journey with us through the reflections and resonances of Joe McPhee’s Houston encounters.